Sadist was formed in 1991 by Tommy (guitar, keyboards), Peso (drums), Andy (bass) and Fabio (vocals). While playing locally with original content from their demo, they caught the attention of the indie label Obscure Plasma Records. Their demo was released as Black Screams EP in September 1991, and sold 2500 copies worldwide. The EP was later released in 1992 by American indie label Wild Rag Records in a three-track version. The band toured Italy and France until Fabio left the band, which forced Andy to play bass as well as sing.

Shortly afterward, the band joins a small tour in Portugal and obtains a record deal with Nosferatu Records for a two-album contract and releases “Above the Light” in 1993. Then, Andy leaves the band, and is replaced by bassist Chicco and a new singer, Zanna. In late 1993 the band starts touring in France and the Netherlands.

In early 1994, Sadist supports Carcass during the italian "Heartwork" tour and Samael in France. While on tour, the band works on songs for the new album and in May 1995 enters Rhythm Studios in Bidford on Avon, England, where they start recording their second album.

“Tribe”, the second album is released in February of 1996, distributed by Rising Sun Records for Europe and Toy's Factory for Japan. To promote the new album Sadist starts touring in France, Italy, and the Netherlands. In November, Sadist headlines Mindviews Belgian Metal Convention, and later are featured on the Japanese Iron Maiden tribute with their version of "Wrathchild." At the end of 1996, drummer Peso leaves the band and is replaced by Oinos, shortly afterward singer Zanna and bass player Chicco are replaced by singer Trevor and bass player Andy.

In early 1997, the band signs with the label Displeased Records and starts the recording sessions for the third album, “Crust”. In 1998 drummer Oinos leaves the band and is replaced by Alessio: with the new line up the band takes part to the Wacken Open Air.

In 1999, the band signs with Impact/System Shock and releases the fourth album “Lego”. The response to the album is not as favorable as to the previous albums, and the band's general mood is affected. Sadist stops all activities for some years and in 2005 sign with Italian indie label Beyond Productions.

The next four years are mostly spent for touring: in 2011 the band is the support act for the italian shows of the European Carnage Tour headlined by Slayer and Megadeth. Late that year the band is headliner at the finnish Helvation Festival.

In 2012 Sadist joins the brutal death masters Suffocation for their english/irish tour.

In 2013 the band plays a very special show at Metalitalia Festival for the 20th anniversary of the debut album “Above The Light”. Soon after, the songwriting for a new album starts: it's a long work, but in February of 2015 the band finally enters the studio (Nadir Music Studios once again) to record the latest Sadist opera: “Hyaena”. The album is released the 16th of October by Scarlet Records. Beginnig of 2016 sees the band starting a new European tour, performing once again in Italy, Poland, Belarus, Russia, Armenia, Ukrain, Moldova, and Georgia. In 2019 the band releases its 8th studio album, "Spellbound", via Scarlet Records, and after a short time, bass player Andy leaves the band, but Sadist doesn't stop, and join Morbid Fest Tour around Europe together with Iammorbid, Vital Remains and Atrocity. SADIST is currently working on the upcoming ninth studio album, titled 'Firescorched', which is expected to be released next year. The band will record the new full-length with French virtuoso extreme metal drummer Romain Goulon (ex-NECROPHAGIST, ex-BENIGHTED, ex-DISAVOWED) and Dutch fretless bass master Jeroen Paul Thesseling (OBSCURA, QUADVIUM, ex-PESTILENCE). 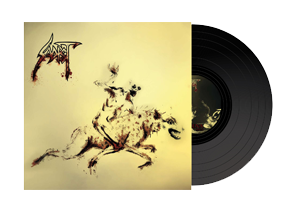 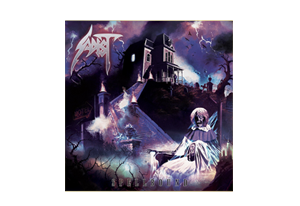 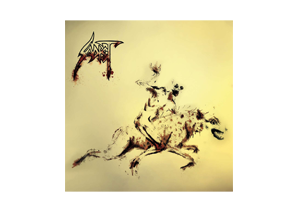